Uruguay Sunday's presidential runoff results have been so tight that the Electoral Court will only make a definitive announcement sometime late this week after it has completed counting all votes, including some 34.000, classified as “observed”. This is because the difference between the two candidates is some 29.000 votes.

Despite opinion polls indicating last Thursday, –when the 48-hour ban on all electoral activities and information was implemented–, that opposition leader Luis Alberto Pou was some five to eight points ahead of the incumbent Daniel Martinez, some 150.000 votes, a major surprise emerged when ballot boxes were opened.

The difference finally dropped to a surprising one percentage point, 48,74% against 47.48%, giving Martinez and the demoralized ruling catch all coalition Broad Front the illusion that maybe finally they can squeeze through with victory.

Lacalle Pou and his multicolor coalition of five opposition parties on the other hand had to suspend a victory speech, and although convinced that the slimmer than expected lead yet to be officially confirmed, will make him the next Uruguayan president, accepted with resignation the situation, calling for calm and prudence. 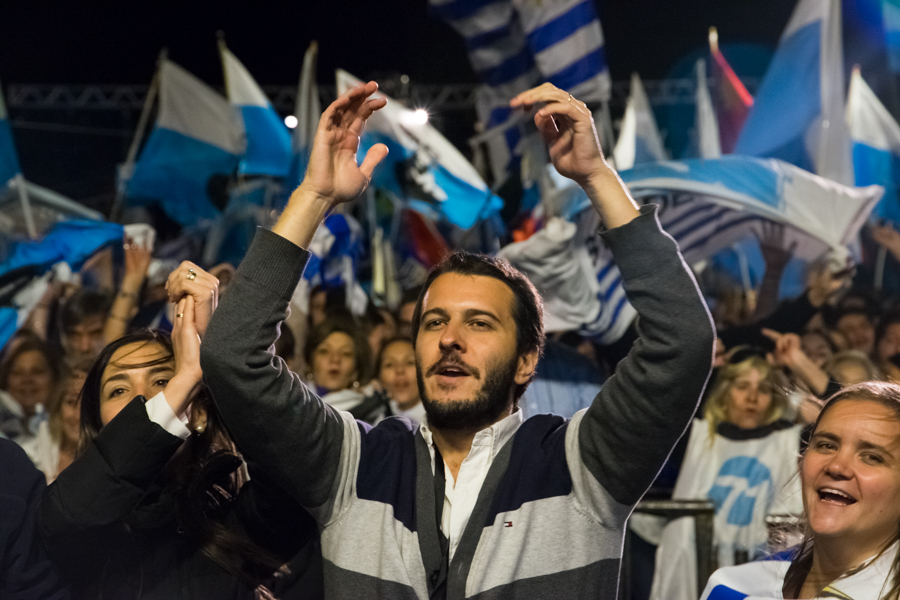 But what happened?, because of the 19 electoral circuits in Uruguay, the Broad Front only managed to win in two, the two most important, the capital Montevideo, and the adjoining metropolitan area, Canelones, while Lacalle Pou and the multicolor coalition swept ahead in the remaining 17.

Probably the main cause for the surprise was the estimated 60.000 voters who crossed from neighboring Argentina, mainly Buenos Aires, a 20 minutes flight or a five hour ferry crossing which was granted at a subsidized fare of less than US$ 30. To this must be added a most aggressive campaign from the Broad Front, which has been in office for the last fifteen years with an absolute majority and has many resources, and ways and means to influence undecided voters, or even some who in the primaries and the first round, disenchanted, has voted for the opposition, and finally returned.

Another cause could have been the recent episode starring the far-right member of the multicolored coalition, Guido Manini Rios. He released a video shortly before the electoral propaganda ban on Thursday urging the Armed Forces not to vote for the Broad Front. The video caused displeasure among the other opposition members because of the symbolic burden of involving the armed forces with politics. 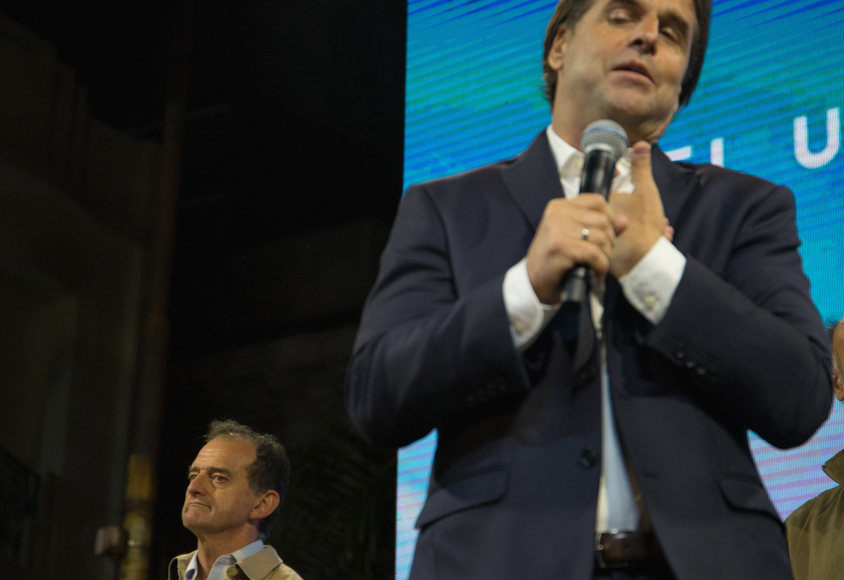 However the fact is that a dull, uncharismatic engineer climbed from 39% of the vote in the first round to 47.48%, turning him into an undisputed member of a new generation of Broad Frond leaders, while Lacalle Pou managed 48,74%, a feat from his original 29%, but short as an opposition coalition of the magic 50%, which numerically he should have reached adding 12% and 11% from junior partners.

In Uruguay there is no voting by mail, and people must cast their ballots where they are registered, plus the fact that it is mandatory. Besides blank and spoilt votes there is what is defined as “observed” votes which are cast by the three members of 7.000 plus voting places and military custodians. These votes are checked with their residence registry. They usually follow the pattern of the overall votes cast.

This means in other words that even with such a slim difference of 29.000 votes, out of some 2.3 million cast, the observed votes, split half and half, will not be enough for the incumbent candidate to impede Lacalle Pou to be announced later this week as the next Uruguayan president. And he will also have a clear majority in both houses in parliament based on the multicolor coalition: 17 Senators out of 30, and 56 Lower House members out of 99. 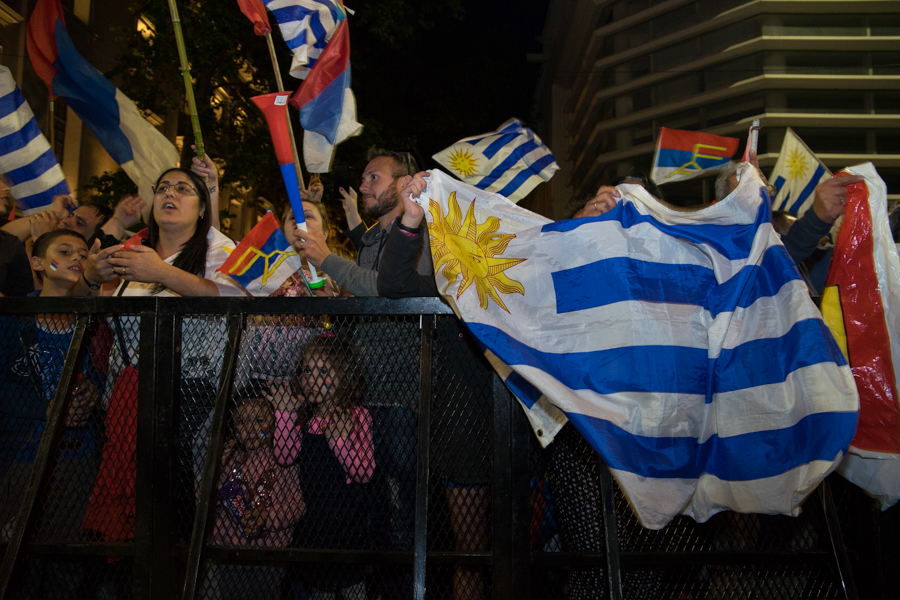 In a late speech after the Electoral Court said there would be no primary proclamation because of the very tight results, Martinez celebrated with the thousands who accompanied him in downtown Montevideo, telling the crowd that ”they (the opposition) were convinced they had as down, that they had buried us, but they didn't realize we are seeds...“

Finally he praised the militants and their support spirit, called on everyone to go home, peacefully, avoiding provocations and awaiting because the battle is not over.

A few minutes later it was Lacalle Pou's turn at his HQ, and at a stage with multicolor coalition partners, where he almost admitted they had won and complained Martinez had not phoned him. Anyhow president Vazquez did ring him up.

Lacalle called for unity and peace in the country which he said was divided in halves. ”We don't want to prevail over the other lesser half, we want to work together for the good of the country“, and said it had been a very long day, and an even more exhausting week was awaiting. ”Let's go home to rest, we need much patience and prudence, remembering this is not a one man effort, but that of a huge number of people, of all of us, and recalling that on 27 October, when the first round, over half of the voters demanded a change, a switch in government”.