STANLEY, Falkland Islands – The Falkland Islands have become a paradise for wildlife enthusiasts. Decades of good management and conversation policies have helped the different species to advance under this shield. One of those, emblematic, and identified to the image and spirit of the Falklands are penguins. Although not included in the Islands' crest they are virtually everywhere, souvenirs, stamps, badges, pictures, T shirts, and particularly in Volunteer Point, relatively close to Stanley, where the majestic King penguins enjoy a growing rookery, shared with their Gentoo and Magellanic cousins.

Volunteer House was built in the 1960’s next to the remains of an old stone house that was built around 1877. 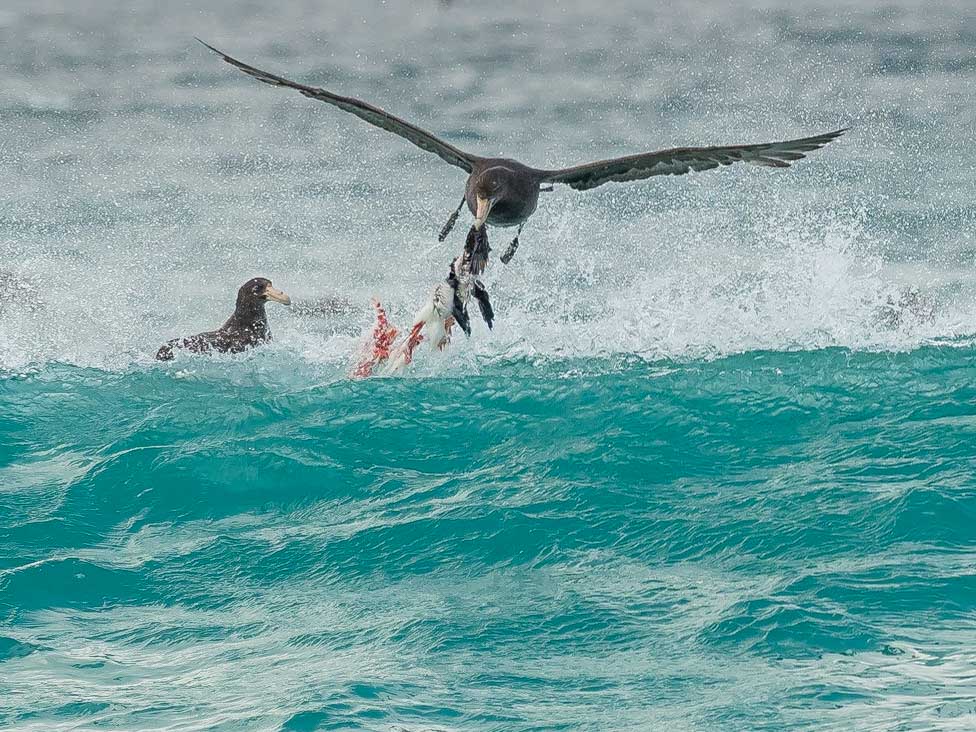 Volunteer Point is well know by wildlife and photography enthusiasts because of the large number of king penguins that are found there. This is one of the easiest sites to access king penguins and every year several thousand visitors take the opportunity to do a day visit via cruise ships or have an overnight stay while doing a tour in the islands.

In 1971 there were around 31 pairs of king penguins on the green but the latest count in 2020 has around 2000 pairs of adults and there were 860 chicks which is the most chicks recorded since records have been kept. Good management of the area and restrictions on numbers of visitors permitted has helped with these excellent figures.

When chicks hatch they look a bit strange and prehistoric looking but within a couple of weeks they start to turn brown and fluffy and by April most are quite big but have to relight on the adults for food until around November when they get there full feathers and are able to go to sea for the first time. When the adults go to sea for food for the chicks they can go up to 100Km off shore and can be away for 3 to 10 days at a time. While one adult is at sea feeding the other has to stay with the egg or chick until the partner returns. 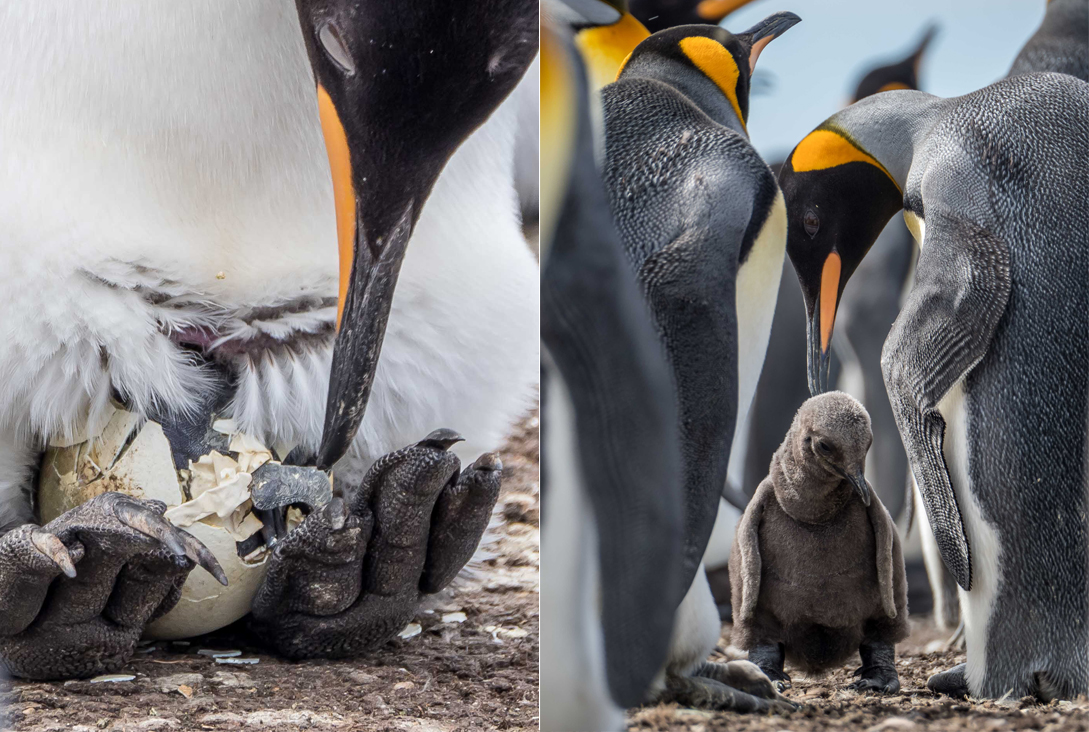 As the chicks get bigger both adults then have to go out to sea to look for food and during this time the chicks gather together in a crèche for safety with only a small numbers of adults remaining. Through satellite tracking it was shown that the young penguins head north from the Falklands and head to an area off Rio De Janero where there are rich fishing grounds. Once the penguins are around 3 years old they return to the Falklands to start breeding.

Apart from king penguins there are also around 1800 pairs of gentoo penguins and similar numbers of magellanic penguins. 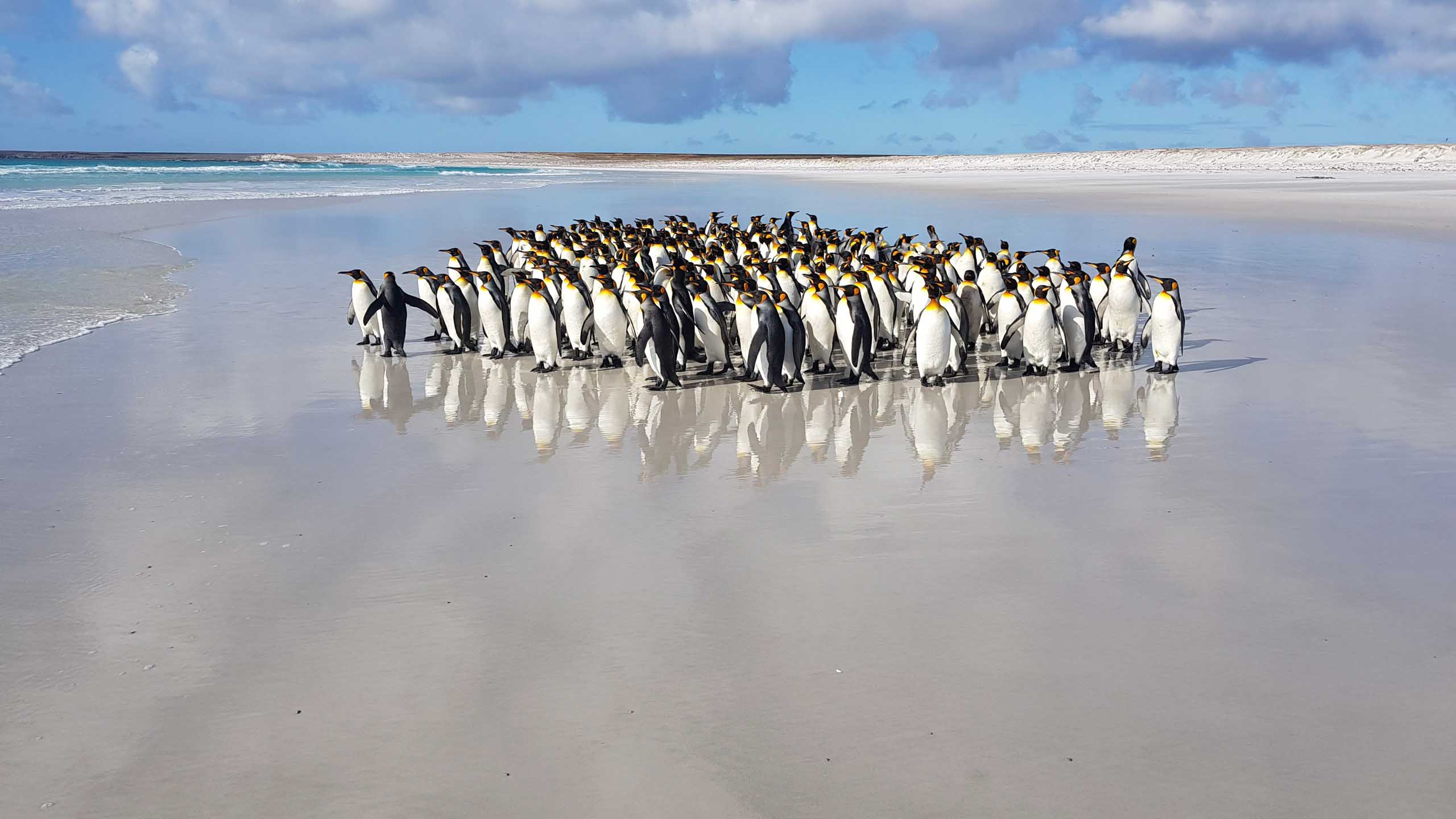 During the season 1st October to the end of April Volunteer House is open to guests for overnight stays. Accommodation is on a full board bases and there are two rooms with single beds in both rooms. All wildlife is a very short walk from the house and overnight stays offer great opportunities to get great sunrise and sunset photos. There is a wonderful white sand beach, which is approximately 2km long. Also in the area are great areas to walk with great views.

Photos can be seen at https://www.facebook.com/volunteershouse