Scores of Brazilians took to the streets at different cities nationwide Sunday to express themselves against President Jair Bolsonaro handling the coronavirus pandemic and asking for his resignation.

The crowds, wearing masks and maintaining social distance whenever possible, also demanded more vaccines to stop the spread of the covid-19 disease.

Health Minister Marcelo Queiroga tweeted Sunday: “500,000 lives lost due to the pandemic that affects our Brazil and the world.”

Professors and students from public universities had a prominent presence in the march, as did civil servants, unions, artists, anti-racist and LGTBI groups.

Many of the protesters recalled the number of times the government ignored emails from the Pfizer laboratory offering vaccines, which resulted in a purchase of fewer doses than the ones available.

Besides vaccines, some protesters were also pointing out problems such as the return the increase in poverty and growing inflation. 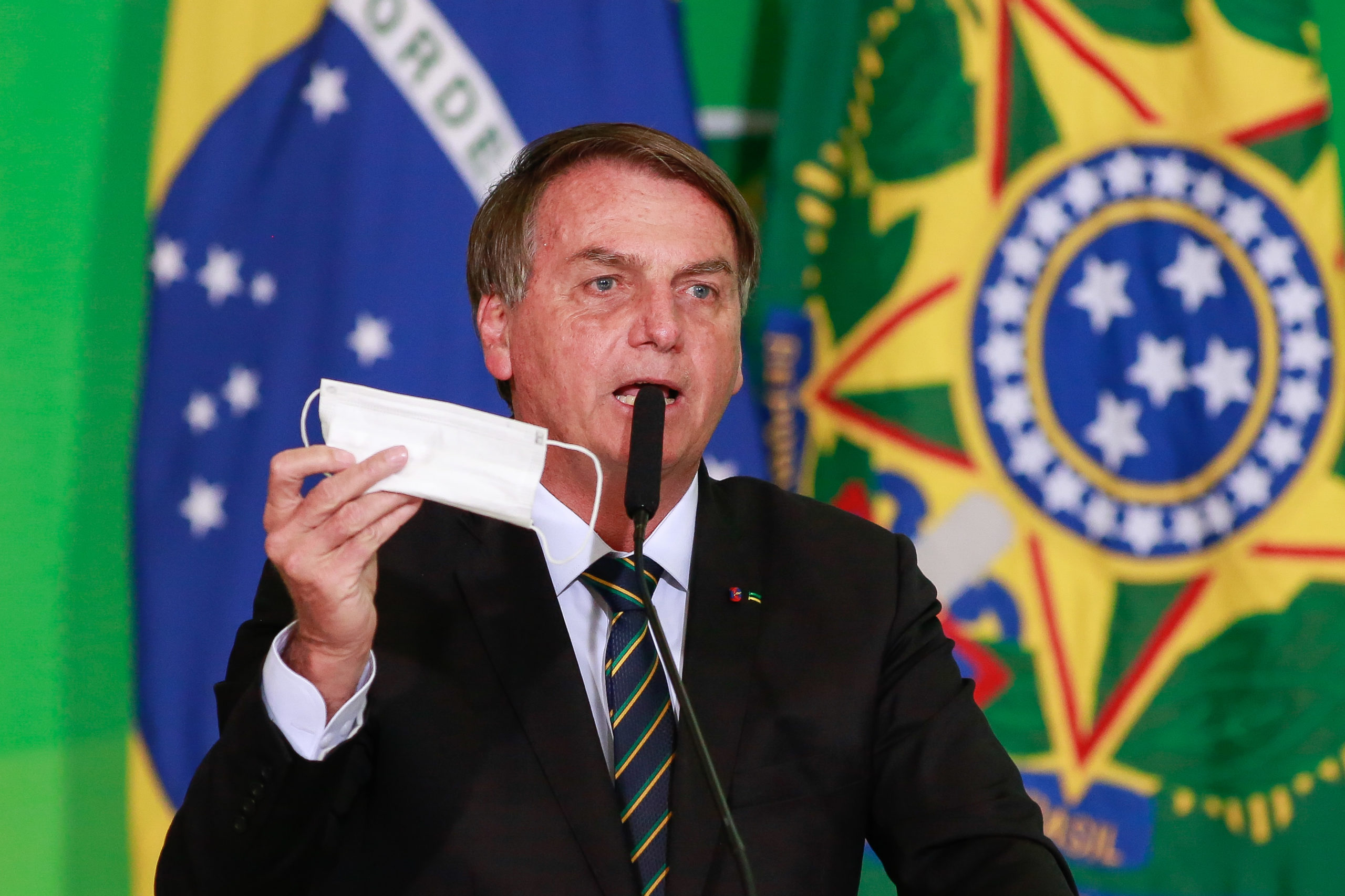 The president, a retired Army captain, has been building up his support from within military and religious far-right circles.

The demonstrations, which were especially numerous in Rio de Janeiro, São Paulo, Belo Horizonte and Brasilia, were called by left-wing social movements such as the Popular Brazil Front and Povo Sem Medo (People Without Fear), among others.

The main left-wing political parties, such as the Workers' Party (PT), had a discreet presence, although in the Rio march there were speeches by important figures, such as the federal deputy and former Rio governor Benedita da Silva.

Former president Luiz Inácio Lula da Silva (2003-2011) chose not to take part in the demonstrations but was present nevertheless in songs, T-shirts and banners that hoped for his return to the presidency in the October 2022 elections.

Sunday's protests came on the very same day the country reached 500,000 deaths from covid-19 which was the basis for calling for his resignation for “health genocide.”

“Brazil does not deserve Bolsonaro, we must remove him by impeachment or elections, whatever is possible,” said the former presidential candidate of the opposition Workers Party (PT) Fernando Haddad, present at the event on Avenida Paulista de la city of São Paulo, the main city in the country and the largest in South America.

While Bolsonaro took part in a Navy event in Rio de Janeiro, thousands of Cariocas gathered a few blocks away on Presidente Vargas Avenue to request his resignation.

Bolsonaro is investigated by a Senate committee for his management and omissions during the pandemic. Currently, 11% of Brazilians are immunized with two doses, in 2020 the Government desisted from contracting vaccines and, instead, opted for the use of a remedy against malaria called chloroquine that became the flag of Bolsonarism, although it never showed scientific results.

For all this, the request for the demonstrations Sunday was “Bolsonaro Out” and “Vaccine Now” and began in Brasilia, with more than 30,000 people according to local media.

Accor¡ding to most polls, Lula is poised to defeat Bolsonaro in the first and second electoral rounds in 2022. The president, a retired Army captain, has been building up his support from within military and religious far-right circles.

“Vaccine in the arm and food in the plate”, wrote Lula on social media. “500,000 deaths from a disease for which there is already a vaccine, in a country that was already a world reference in vaccination. The name of that is genocide. My solidarity with the victims,” he added.

Meanwhile, Bolsonaro congratulated the policemen in Brasilia and Goiás launched a search for a serial murderer named Lázaro Barbosa.

But the official silence was contrasted by the crowd in the streets.

Singer-songwriter Chico Buarque, who had turned 77 Saturday, was among the demonstrators in Rio.

Bolsonaro's popularity was said to be at 25% in May. He organized motorcycle caravans in Brasilia, Rio and São Paulo to show that the street was not owned by the opposition and could dispute it.