Uruguay is the only full democracy in South America, The Economist says

The Economist published on Thursday its Democracy Index for 2021, in which Uruguay was ranked 13th, within the spectrum of “full democracies”, being above the 8 points awarded by the ranking.

The South American country obtained a score of 8.85 out of 10 last year, which means an increase of 0.24 points in relation to 2020, according to The Economist Intelligence Unit (EIU), a sister company of the British magazine. 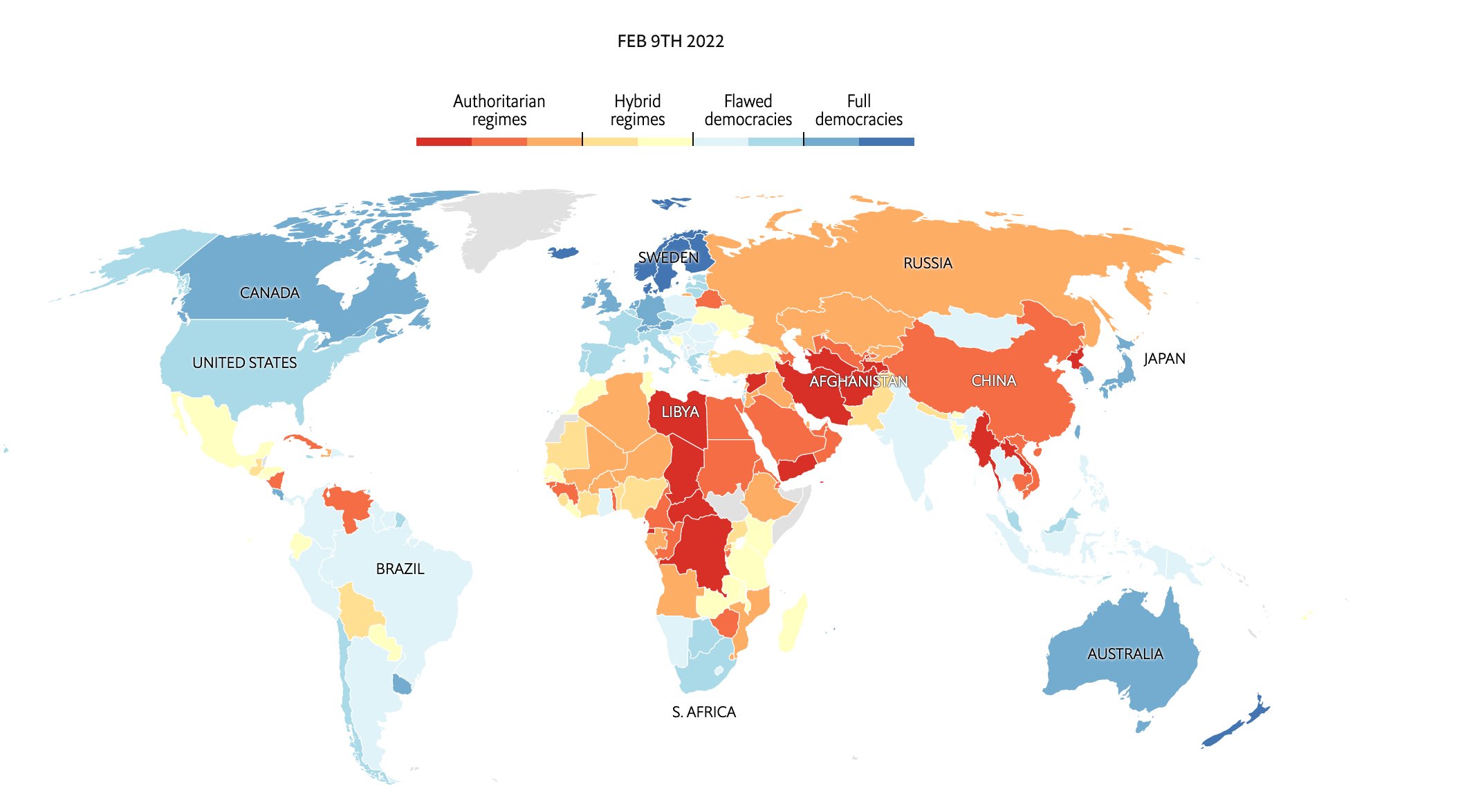 Uruguay's position and score make it the only “full democracy” in South America, given that Chile dropped several points from 2020 to 2021 due to the political and social turmoil in which it was involved since the massive protests of 2019, reaching 7.92 points and ranking globally 25th.

Within Latin America, the other country that ranks among the strongest democracies is Costa Rica, which has a score of 8.07, placing it in 21st place.

The global score dropped year-on-year from 5.37 to 5.28. “The only equivalent drop since 2006 was in 2010 following the global financial crisis,” the report reads.