The Falklands Maritime Heritage Trust confirmed on Wednesday that the Endurance22 Expedition has located the wreck of Endurance, Sir Ernest Shackleton’s ship which has not been seen since it was crushed by the ice and sank in the Weddell Sea in 1915.

One hundred years after Shackleton’s death, Endurance was found at a depth of 3008 metres in the Weddell Sea, within the search area defined by the expedition team before its departure from Cape Town, and approximately four miles south of the position originally recorded by Captain Worsley.

The team worked from the South African polar research and logistics vessel, S.A. Agulhas II, owned by the Department of Forestry, Fisheries and Environment and under Master, Capt. Knowledge Bengu, using Saab’s Sabertooth hybrid underwater search vehicles. The wreck is protected as a Historic Site and Monument under the Antarctic Treaty, ensuring that whilst the wreck is being surveyed and filmed it will not be touched or disturbed in any way.

“Our objectives for Endurance22 were to locate, survey and film the wreck, but also to conduct important scientific research, and to run an exceptional outreach programme. Today’s celebrations are naturally tempered by world events, and everybody involved in Endurance22 keeps those affected by these continuing shocking events in their thoughts and prayers.

“The spotlight falls today on Mensun Bound, the Director of Exploration, and Nico Vincent, Subsea Project Manager. Under the outstanding leadership of Dr John Shears, they have found Endurance. But this success has been the result of impressive cooperation among many people, both on board the remarkable SA Agulhas II with its outstanding Master and crew, a skilled and committed expedition team and many on whose support we have depended in the UK, South Africa, Germany, France, the United States and elsewhere. The Trustees extend to them all our warmest thanks and congratulations on this historic achievement.” 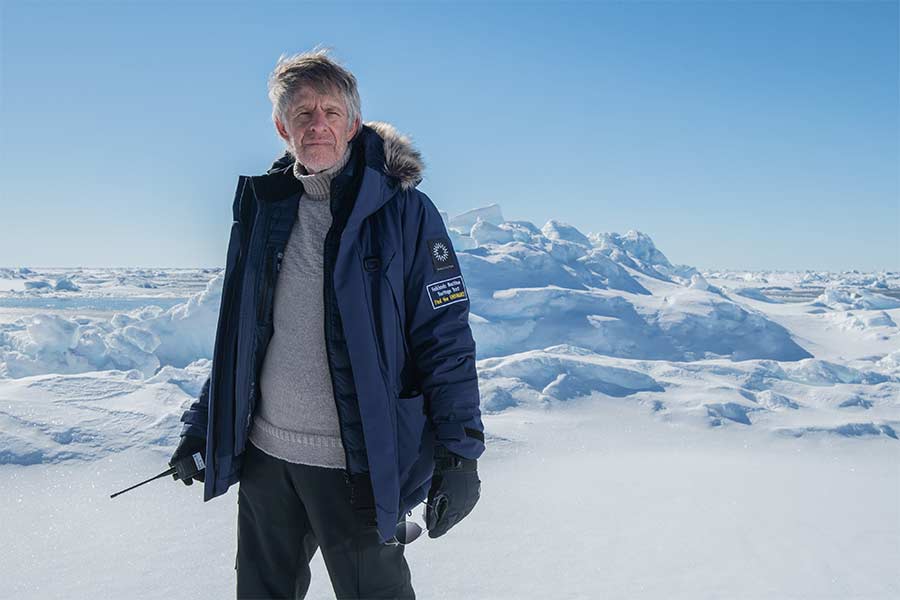 ”This is by far the finest wooden shipwreck I have ever seen. It is upright, well proud of the seabed, intact,
and in a brilliant state of preservation. You can even see 'Endurance' arced across the stern.
This is a milestone in polar history,” Director of Exploration Mensun Bound said.

Mensun Bound, Director of Exploration on the expedition, said:

“We are overwhelmed by our good fortune in having located and captured images of Endurance. This is by far the finest wooden shipwreck I have ever seen. It is upright, well proud of the seabed, intact, and in a brilliant state of preservation. You can even see “Endurance” arced across the stern, directly below the taffrail. This is a milestone in polar history. However, it is not all about the past; we are bringing the story of Shackleton and Endurance to new audiences, and to the next generation, who will be entrusted with the essential safeguarding of our polar regions and our planet. We hope our discovery will engage young people and inspire them with the pioneering spirit, courage and fortitude of those who sailed Endurance to Antarctica. We pay tribute to the navigational skills of Captain Frank Worsley, the Captain of the Endurance, whose detailed records were invaluable in our quest to locate the wreck. I would like to thank my colleagues of The Falklands Maritime Heritage Trust for enabling this extraordinary expedition to take place, as well as Saab for their technology, and the whole team of dedicated experts who have been involved in this monumental discovery.” 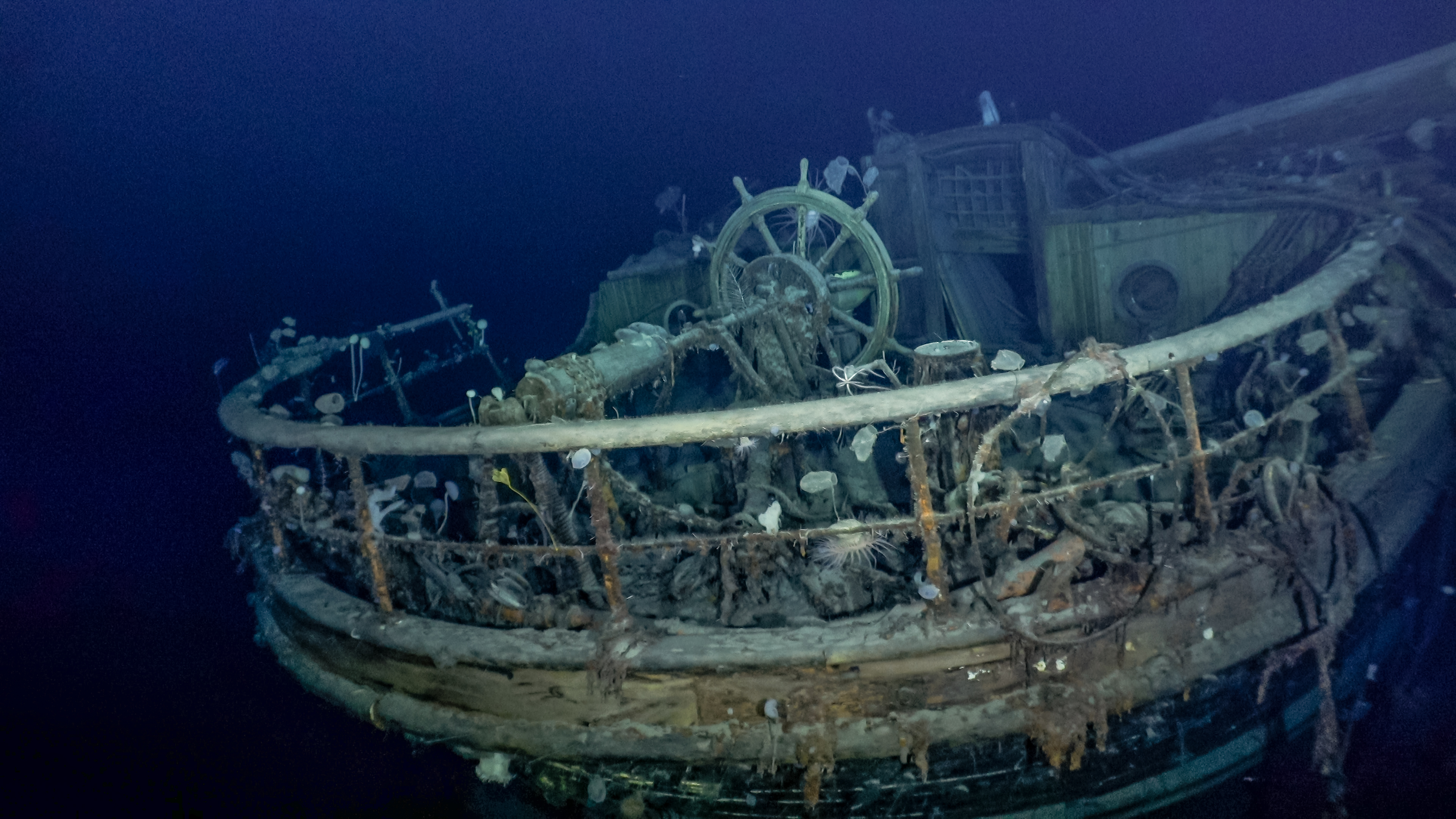 “The Endurance22 expedition has reached its goal. We have made polar history with the discovery of Endurance, and successfully completed the world’s most challenging shipwreck search. In addition, we have undertaken important scientific research in a part of the world that directly affects the global climate and environment. We have also conducted an unprecedented educational outreach programme, with live broadcasting from on board, allowing new generations from around the world to engage with Endurance22 and become inspired by the amazing stories of polar exploration, and what human beings can achieve and the obstacles they can overcome when they work together. We will shortly begin our return leg to Cape Town, after an expedition which it has been my great privilege and honour to lead. The Expedition team, and the officers and crew of the S.A. Agulhas II, have been simply outstanding. I would also like to say thank you to The Falklands Maritime Heritage Trust, and all of our partners, especially in South Africa, who have played a vital role in the success of the expedition.” 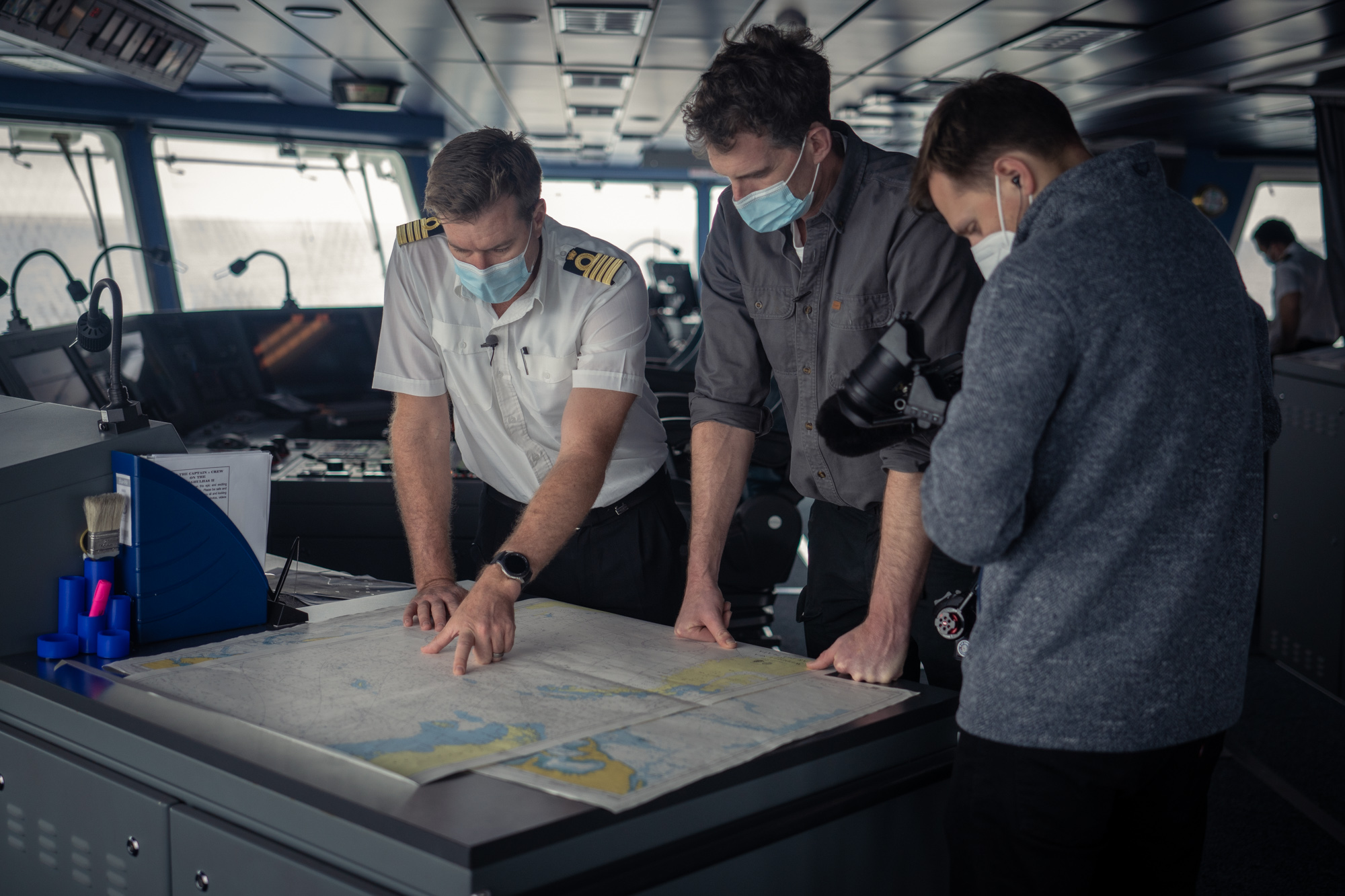 “This has been the most complex subsea project ever undertaken, with several world records achieved to ensure the safe detection of Endurance. State of the art subsea technologies have been deployed to achieve this successful outcome and I would particularly like to thank the subsea team for all of the engineering support, both on board the ship and throughout the months of planning, design and testing. All of them showed a huge commitment and resilience, worthy of the finest tradition of polar exploration. Saab provided the Sabertooth so I also want to thank them, including their ace team on board SA Agulhas II, and those who ensured the vehicles performed as well as they did.” 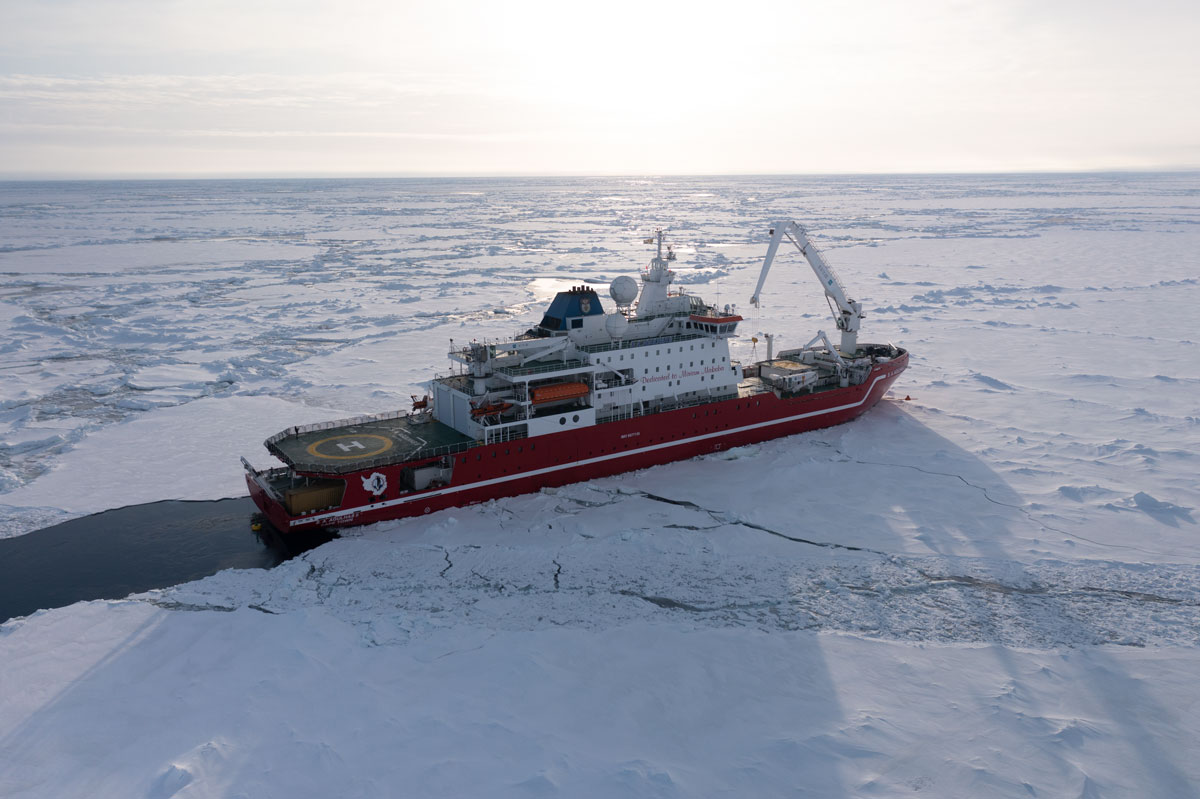 It was Sir Ernest Shackleton’s ambition to achieve the first land crossing of Antarctica from the Weddell Sea via the South Pole to the Ross Sea. The Ross Sea Party which was landed at Hut Point on Ross Island had the task of laying supply dumps for Shackleton’s crossing party, and achieved its objective, but at the cost of three lives lost. In the Weddell Sea, Endurance never reached land and became trapped in the dense pack ice and the 28 men on board eventually had no choice but to abandon ship. After months spent in makeshift camps on the ice floes drifting northwards, the party took to the lifeboats to reach the inhospitable, uninhabited, Elephant Island. Shackleton and five others then made an extraordinary 800-mile (1,300 km) open-boat journey in the lifeboat, James Caird, to reach South Georgia. Shackleton and two others then crossed the mountainous island to the whaling station at Stromness. From there, Shackleton was eventually able to mount a rescue of the men waiting on Elephant Island and bring them home without loss of life.

Under the leadership of Dr Lasse Rabenstein, Endurance22’s Chief Scientist, a world leading team of scientists from research and educational institutions successfully conducted hundreds of hours of climate change related studies over the duration of the expedition. Representatives from the South African Weather Service, German firm Drift & Noise, Germany's Alfred-Wegener-Institute, German Space Agency (DLR), Aalto University in Finland and South Africa's Stellenbosch University researched the ice drifts, weather conditions of the Weddell Sea, studies of sea ice thickness, and were able to map the sea ice from space. Combined, these important studies will materially help our understanding of this remote region and how it influences our changing climate.

Since the expedition was conceived, educational outreach was a key objective. The FMHT partnered with Reach the World, the US-based education organisation, and the Royal Geographical Society (with IBG) who have successfully connected with tens of thousands of children throughout the expedition via regular live stream interviews and material produced for classroom use.

History Hit, the content platform co-founded by historian Dan Snow, award-winning digital content agency and media network Little Dot Studios, and impact driven production company, Consequential, have produced a range of content covering the setting up of the expedition, the voyage and search, and now the discovery itself, as well as the history, science, and other themes that connect to the wider mission. Short-form content continues to be distributed to millions of subscribers, including with content breaking on TikTok. The team has also been filming for a long-form observational documentary chronicling the expedition which has been commissioned by National Geographic to air later this year.