Ice loss from the West Antarctic Ice Sheet in the Amundsen Sea is one of the fastest growing and most concerning contributions to global sea-level rise. If the West Antarctic Ice Sheet were to melt, global sea levels could rise by up to three meters. The patterns of ice loss suggest that the ocean may have been warming in the Amundsen Sea over the past one hundred years, but scientific observations of the region only began in 1994.

In the study, published in the journal Geophysical Research Letters, oceanographers used advanced computer modeling to simulate the response of the ocean to a range of possible changes in the atmosphere between 1920-2013.

The simulations show the Amundsen Sea generally became warmer over the century. This warming corresponds with simulated trends in wind patterns in the region which increase temperatures by driving warm water currents towards and beneath the ice. Rising greenhouse gases are known to make these wind patterns more likely, and so the trend in winds is thought to be caused in part by human activity. 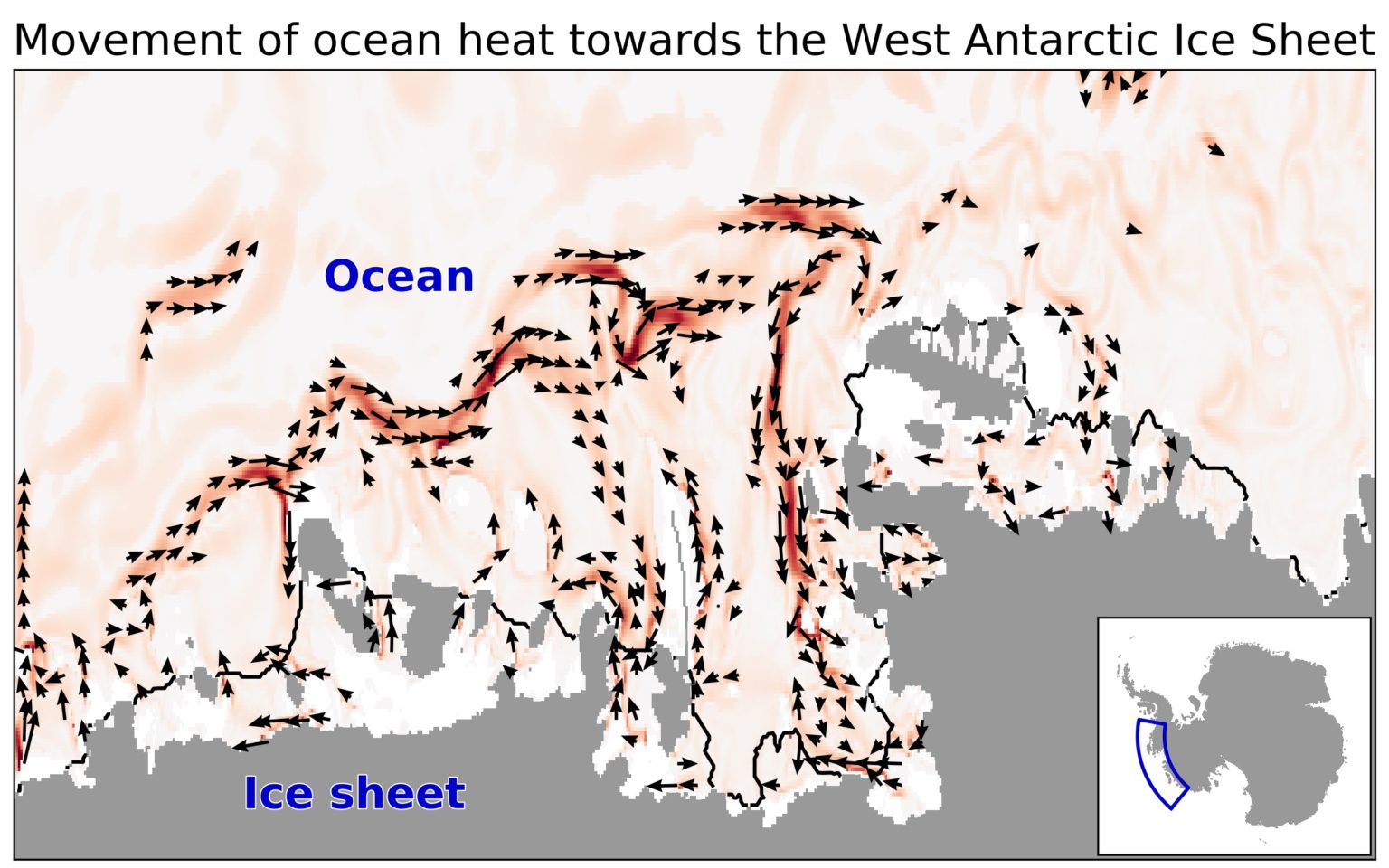 Info-graphic showing strengthening currents of warm water in the Amundsen Sea, which are
thought to be responsible for increased melting of the West Antarctic Ice Sheet.

Dr Kaitlin Naughten, ocean-ice modeler at BAS and lead author of this study, says: “Our simulations show how the Amundsen Sea responds to long-term trends in the atmosphere, specifically the Southern Hemisphere westerly winds. This raises concerns for the future because we know these winds are affected by greenhouse gases. However, it should also give us hope, because it shows that sea-level rise is not out of our control.”

This study supports theories that ocean temperatures in the Amundsen Sea have been rising since before records began. It also provides the missing link between ocean warming and wind trends which are known to be partly driven by greenhouse gases. Ocean temperatures around the West Antarctic Ice Sheet will probably continue to rise if greenhouse gas emissions increase, with consequences for ice melt and global sea levels. These findings suggest, however, that this trend could be curbed if emissions are sufficiently reduced and wind patterns in the region are stabilized.

Professor Paul Holland, ocean and ice scientist at BAS and a co-author of the study, says: “Changes in the Southern Hemisphere westerly winds are a well-established climate response to the effect of greenhouse-gases. However, the Amundsen Sea is also subject to very strong natural climate variability. The simulations suggest that both natural and anthropogenic changes are responsible for the ocean-driven ice loss from the West Antarctic Ice Sheet.”