On the occasion of Falklands Day, (14th August), Her Majesty The Queen has sent her good wishes to the people of the Falkland Islands, and congratulations to the Chair of the Legislative Assembly, particularly on the 40th anniversary of the Liberation.

The royal message was passed on Sunday, on behalf of the Queen, to the Chair of the Legislative Assembly, MLA Roger Spink, by Governor Alison Blake CMG

The message reads as follows, “As you celebrate the important occasion of Falklands Day, particularly in the 40th anniversary of your liberation, I would like to congratulate the chair of your Legislative Assembly, and send my good wishes to the people of the Falkland Islands. As we overcome world health challenges together, may we look to better times in the future”.

English Elizabethan explorer, Captain John Davis, made the first recorded sighting of the Falklands on 14th August 1592. John Davis was captain of the 120 ton ship, Desire, sailing with a small fleet commanded by Sir Thomas Cavendish. Halted by storms in the Magellan Straits the fleet lost men to scurvy, starvation and the cold. The ships were heading back to Brazil when they became separated. Davis made for the coast of Patagonia to repair his ship and wait for Cavendish, who, unknown to Davis, had decided to sail home for England. On August 6th Davis set sail for the Straits again and on the 9th ran in to a severe storm:

”We had a sore storm so that we were constrained to hull [lie to] for our sails would not endure any force. We were driven in among certain isles never before discovered by any known relation, lying fifty leagues or better from the shore East and Northerly from the Straits in which place unless it pleased God of his wonderful mercy to have ceased the winde we must of necessity have perished.” 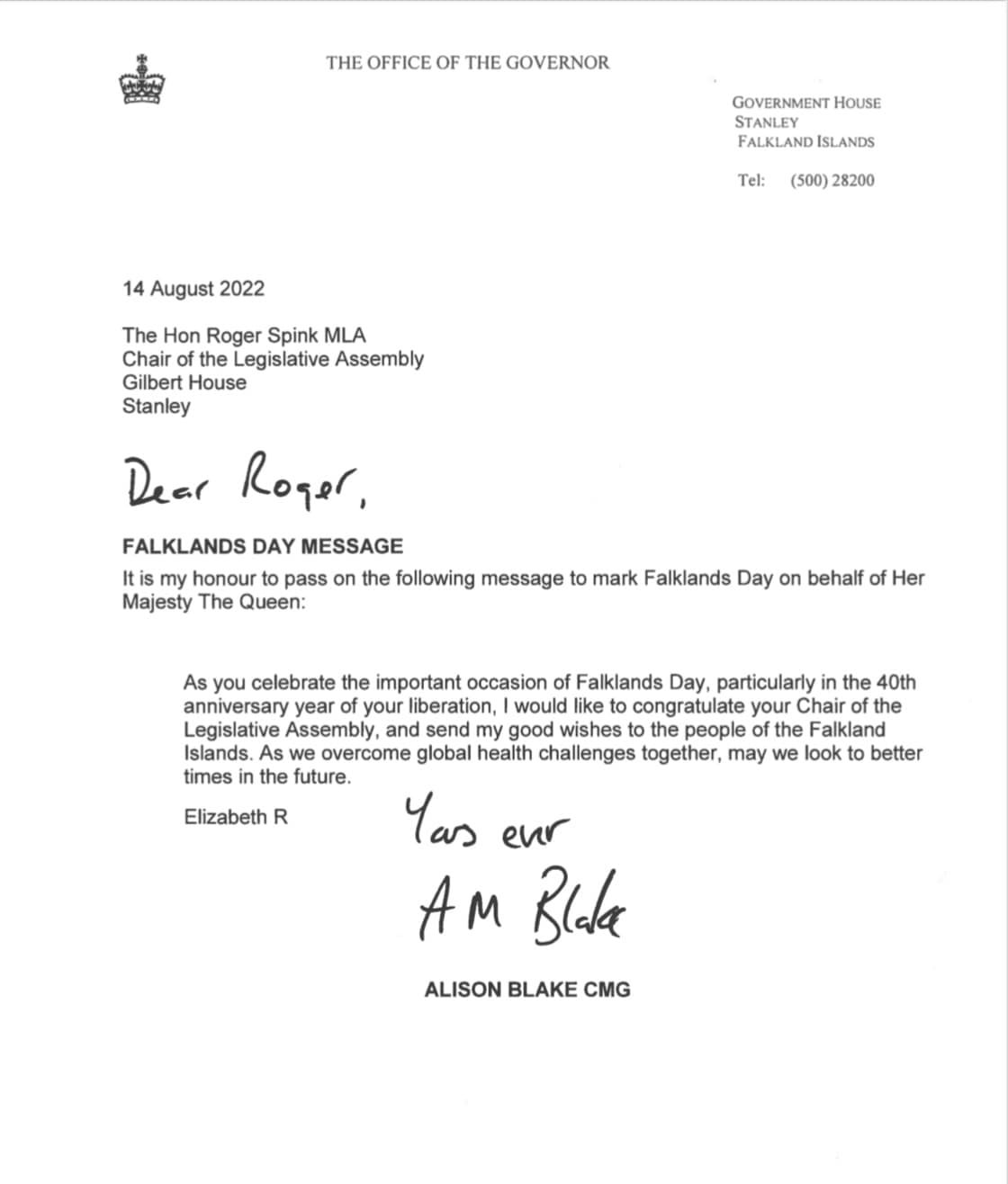 The islands that Davis was blown in amongst were the Falkland Islands - probably some of the small islands off the coast of West Falkland (possibly the Jason Islands).

Davis and his men suffered a great many more hardships on the return to England, including a misplaced accusation of desertion which damaged Davis’ reputation at the court.

August 14th is known as “Falklands Day” in the Islands and the name of Davis’ ship, the Desire, is incorporated in the motto on the coat of arms of the Islands: “Desire the Right”. (Falkland Islands' Museum and National Trust)