That’s a fine mess you got out of, Stanley

By Graham Bound for MercoPress – Images of Stanley captured in 1982 compared with photos taken from the same vantage points 40 years on, show a town – now a city – transformed.

The war took place 40 years ago, but I only need to glance at the black and white photos that I snapped in occupied Stanley to be transported back to that time and place, feeling again the frisson of fear.

One photo in particular does it with ease. It shows our little police station, which was almost destroyed by a British missile. Half a dozen “bobbies”, with one worn-out Land Rover (registration number 333), were based here before the invasion. It was where Toddy McMullen smilingly presented me with my first driving licence in 1975, but also where I was interrogated by the hostile Argentine intelligence and military police unit on 28 May 1982. 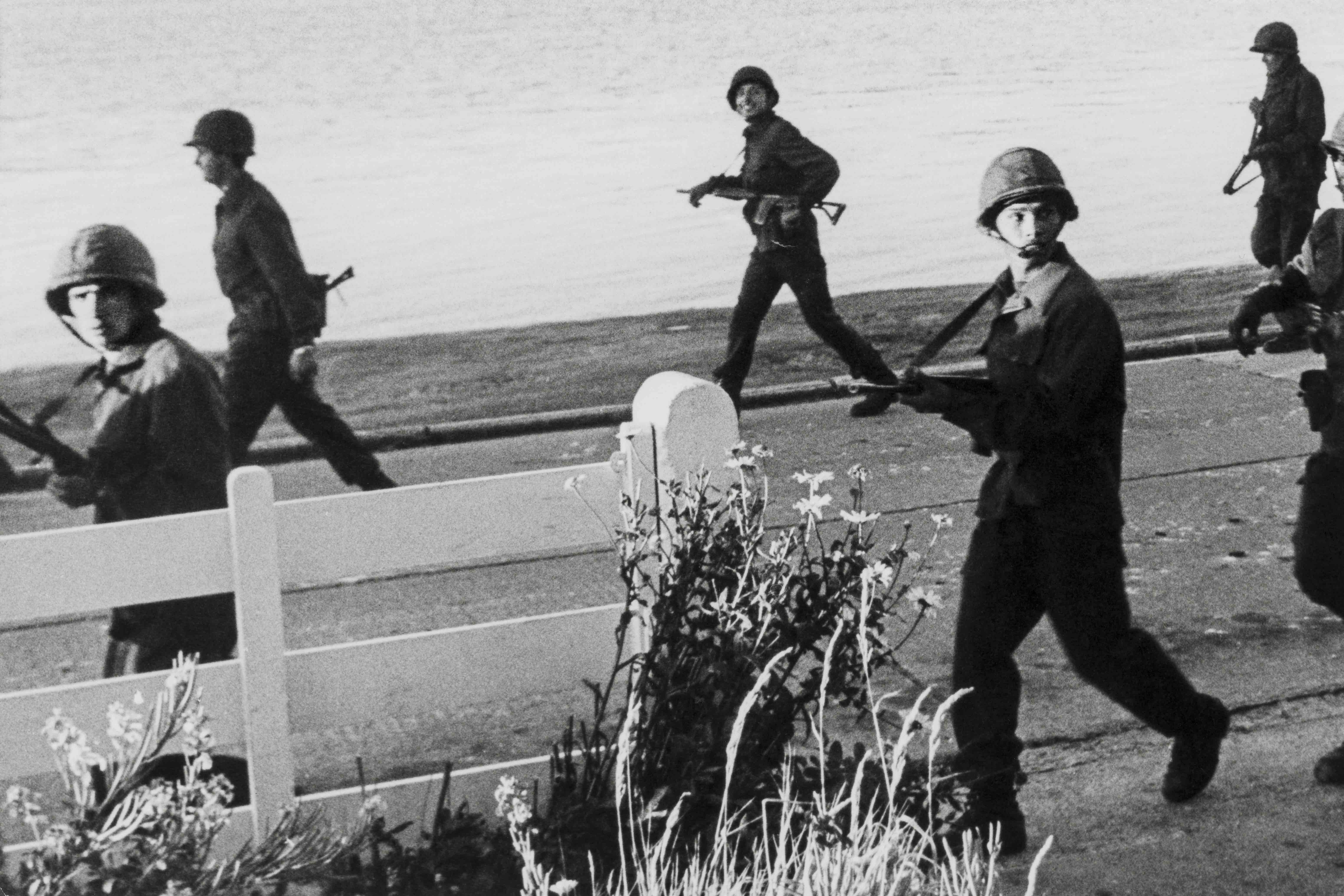 In 1982, I was the 24-year-old editor of Penguin News, which continues to be published today. I knew that history was unfolding before me, so I filled notebook after notebook with my observations and thoughts, and I cautiously took photos. I knew that one day this would be historically important material. As the Argentine occupiers became increasingly worried about fifth columnists, spies and radio transmitters, they clamped down even more severely on our freedoms. So, I became very careful indeed about about my photography. 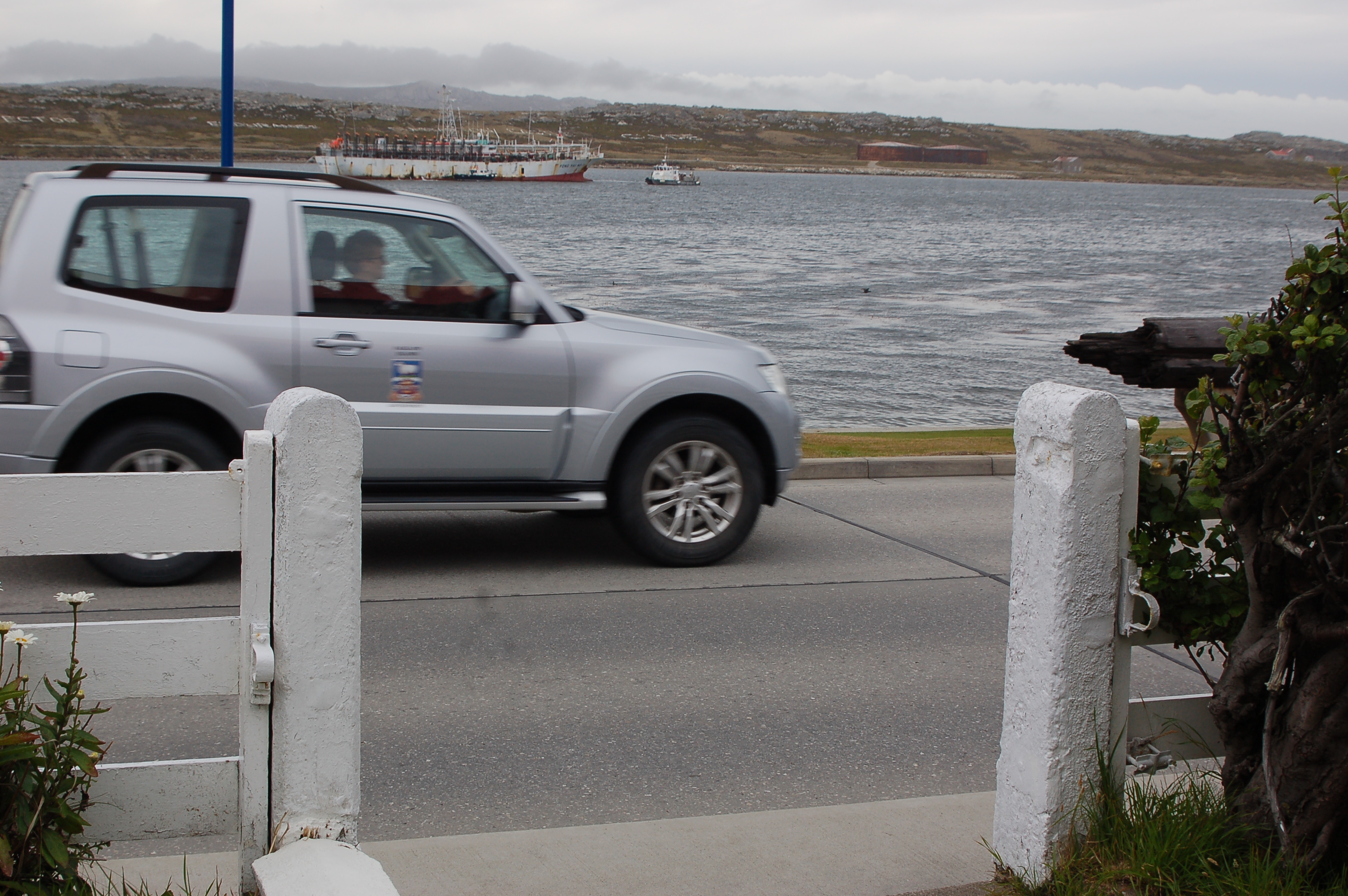 Forty years later, a Range Rover is the only traffic on the road.

Arrest and interrogation nothwithstanding, my photos survived. I returned to publishing Penguin News, which suddenly became a very demanding task. The photos, some of them unprocessed, were put in a box, and almost forgotten for the best part of four decades. Then, living in London during the first covid lockdown, I rediscovered them. With support from the Friends of the Falklands Museum and Archives, I had them restored and re-printed for exhibitions in Stanley and in the UK.

Then, a few months ago, I returned to my hometown for the first time since covid cut the Falklands off from the world, to work on a film about the Islands today. After three weeks of hard work, we wrapped up our shooting and I found myself with a few hours to spare. So, I returned to some of the places where I took photos in 1982, and pointed my camera – a digital model now, of course – in the same direction from the same vantage points. My first forty-years-on shot was of the police station. It is now restored and has a new prison attached. Most of today’s bobbies are too young to remember the war. They now have a fleet of modern Japanese 4x4s. 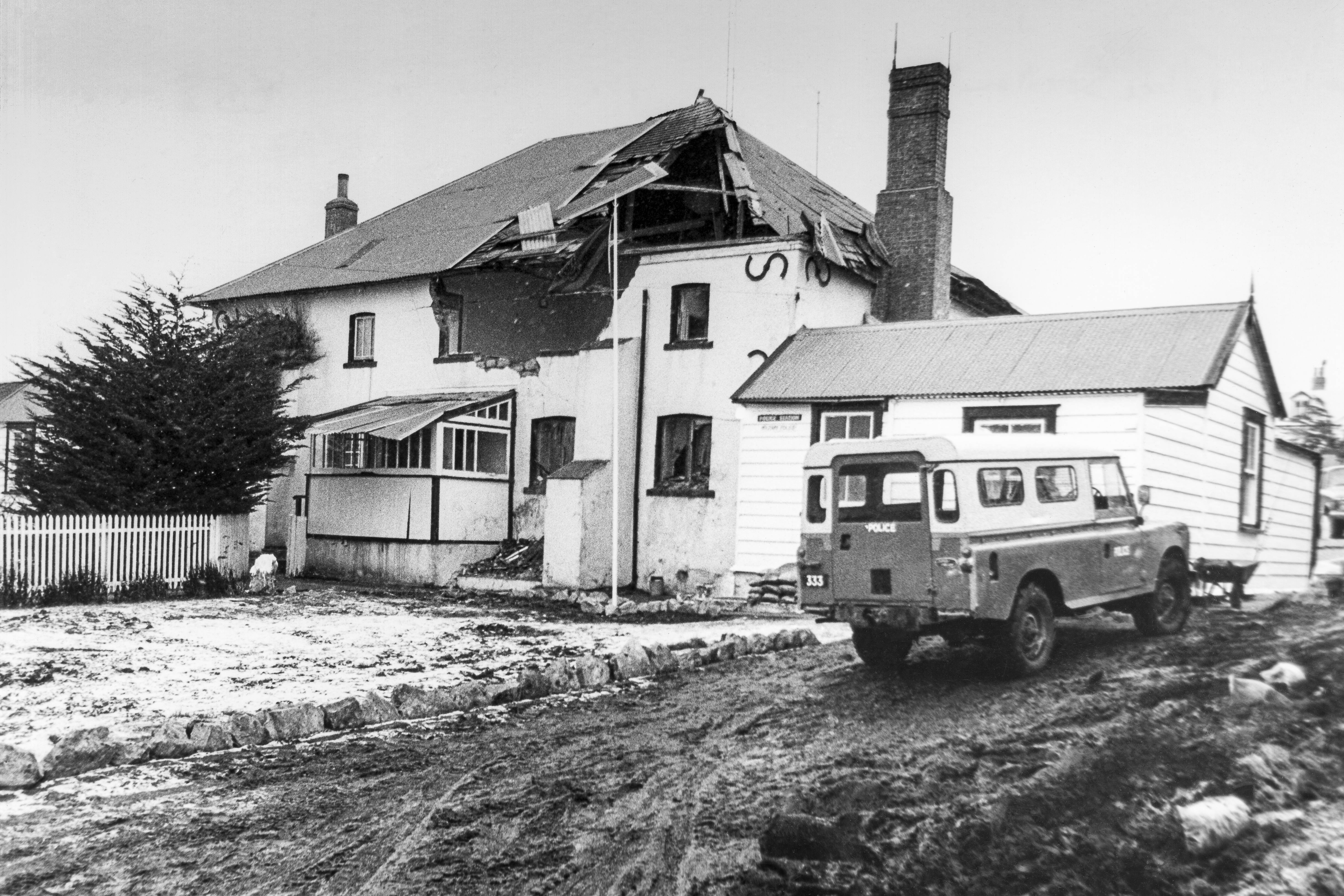 Stanley’s police station, almost destroyed by a missile in 1982.

From a position where I once snapped a huge armoured personnel carrier grinding its way along a pot-holed road, I now captured a sporty car speeding by on a perfectly surfaced road. A view across the harbour snapped in 1982 showed HMS Plymouth, the first British warship into Stanley following the surrender. In the corresponding 2022 photo, there is a Japanese squid jigger, the owners of which had swelled Falklands coffers by purchasing an expensive squid fishing licence. 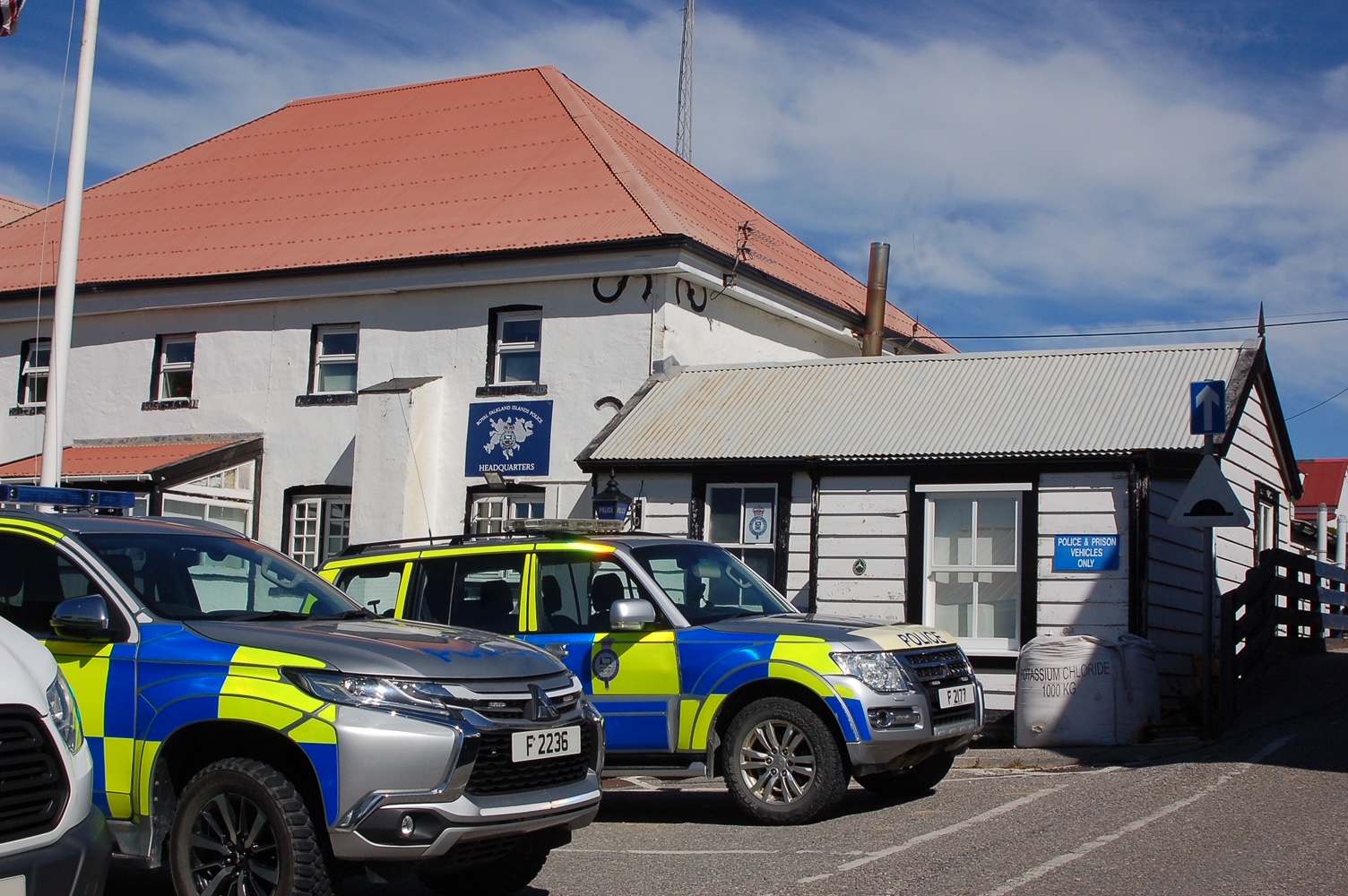 These then-and-now photos, reproduced here, show not just that Stanley has gone through major change in 40 years, but that our little capital was so very badly damaged in 1982. That tin-and-timber frontier town has grown beyond what we would have thought possible, into a thriving and modern cosmopolitan community. It is testament to the ambitions and industry of the thousands of people who have called it home since 1982. 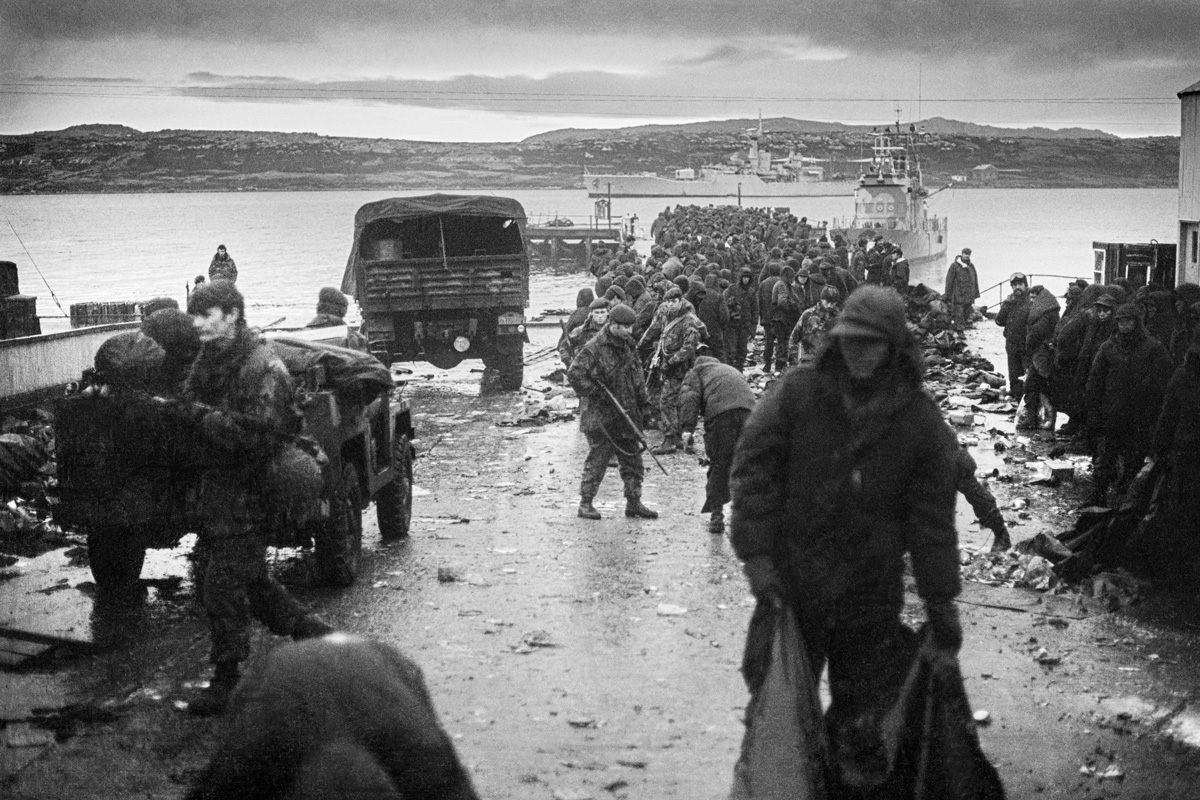 Argentine prisoners are supervised by British troops as they clean the area around the Public Jetty. HMS Plymouth is moored in the harbour.

When the Queen granted Stanley Platinum Jubilee City status earlier this year, the honour could not have been more deserved. Stanley is now a proud little city. It could not be further from the war-torn town that I knew 40 years ago. As Olly Hardy might have said to Stan Laurel, “That’s a fine mess you got out of, Stanley.” 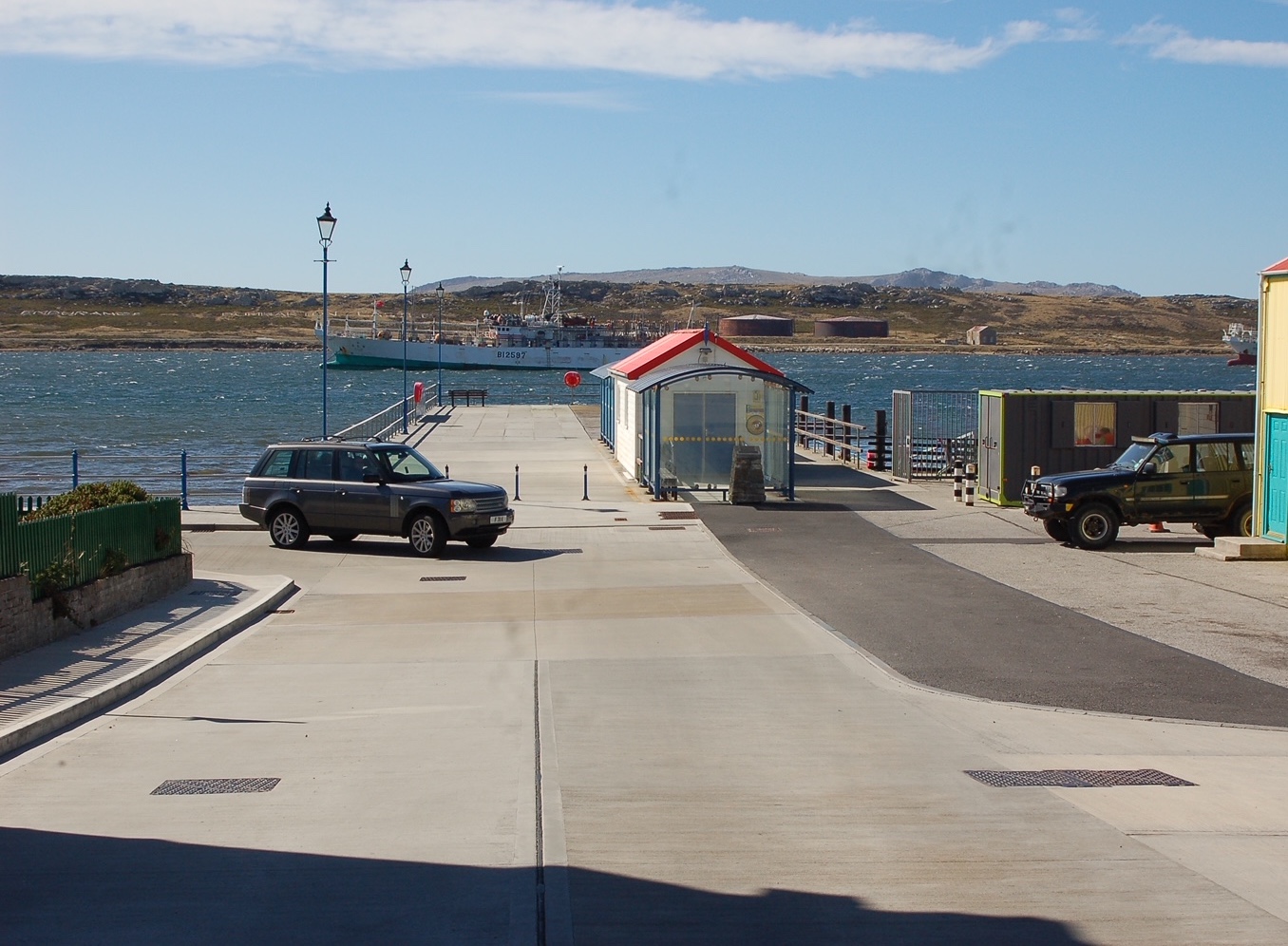