The Falklands Maritime Heritage Trust (FMHT) is planning an expedition – Endurance22 – to locate, survey and film the wreck of Sir Ernest Shackleton’s iconic ship, Endurance, which sank in the Weddell Sea in November 1915.

Sir Ernest Shackleton, the renowned polar explorer, died on 5 January 1922 in Grytviken, South Georgia. 100 years later, the Falklands Maritime Heritage Trust (fmht.co.uk), which in 2019 organised the successful search for the flagship of the German fleet sunk in the Battle of the Falklands in 1914, is planning an expedition to sail from Cape Town in February 2022 to locate, survey and film the wreck of his ship, Endurance.

The Trust will be submitting to the UK authorities an application for a permit for an expedition using the South African Government owned polar supply and research vessel, SA Agulhas II, and comprising an international team of maritime experts, engineers, environmental scientists, educators and programme makers. The Expedition Leader will be Dr John Shears, who led the Weddell Sea Expedition in 2019, and Mensun Bound, a Falklands-born maritime archaeologist and Trustee of the FMHT, will be Director of Exploration. The Trust is delighted that Richard Garriott, President of the Explorers Club (explorers.org), has accepted an invitation to join the team on the Expedition and is grateful for his strong support, in particular for our education and outreach activities.

Both John Shears and Mensun Bound are participating in the Global Exploration Summit (GLEX) being organised by the Explorers Club in Portugal from 6 July, and being chaired by Richard Garriott. They will take the opportunity of that event (glexsummit.com), to give more detail about the plans for the Expedition and will accept a flag of the Explorers Club, to be taken south on the Expedition. 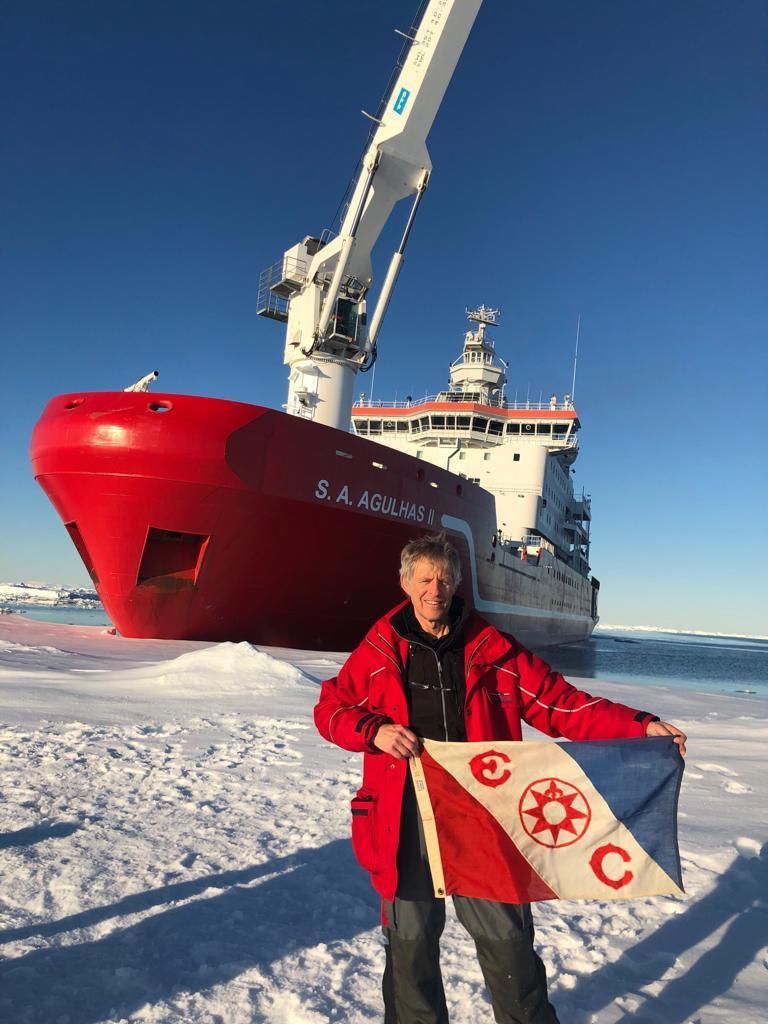 “Attempting to locate the wreck of Endurance, something long thought
impossible and out of reach, is an immensely exciting prospect,” Bound said.

As the wreck is protected as a Historic Site and Monument under the umbrella of the Antarctic Treaty, the search will be non-intrusive. The aim will be to locate, survey and film Endurance, to bring the stories of Shackleton to new generations and to answer questions people have been asking since the ship sank in November 1915: Did the strength of construction mean the wreck is virtually intact or was it completely crushed in the ice? Are there organisms that will have consumed the hull? Will it be possible to glimpse glass photographic plates abandoned by the photographer, Frank Hurley? Will the cameras catch sight of biologist Robert Clark’s laboratory and sample jars?

Subject to receipt of a permit from the UK authorities and to any COVID-related restrictions that may apply in early 2022, the Trust plans that the expedition should depart from Cape Town at the beginning of February 2022 on board the research and supply vessel, SA Agulhas II, belonging to the South African Government and managed by the South African company African Marine Solutions (AMSOL). The ship, its Master, Ice Pilot and crew showed their capabilities by getting to the location of the wreck in 2019 as part of the Weddell Sea Expedition 2019.

To locate, survey and film the wreck, the team will be using SAAB Sabertooth hybrid underwater search vehicles. These combine the attributes of autonomous underwater vehicles (AUVs), being able to follow a pre-programmed course with no physical link to the surface, and remote operating vehicles (ROVs), sending digital signals through a fibre optic cable to the surface in real time. The Sabertooths will be equipped with sensors, lights and high-resolution cameras that can bring the moment of discovery to a worldwide audience with unparalleled immediacy.

While the Sabertooths can be launched directly from the SA Agulhas II, the planning includes the option of erecting ice camps, with the Sabertooth then being lowered through a hole drilled in the ice. The team plan to test the equipment and train the team in the Arctic in late 2021.

Education, Outreach and the Environment

Shackleton and other explorers of what is known as the “Heroic Age” of polar exploration made important contributions to our knowledge of the fragile environment of Antarctica. We still know remarkably little about the continent but have come to recognise that our climate is affected by it and that human activity has an impact on it. The Trust wants to bring to younger generations awareness of the value of exploration, of increasing our environmental awareness and of scientific study.

Accordingly, the Trust is in discussion with potential media partners capable of bringing those messages to a wider young audience. We aim to include in the team a representative of the US-based organisation, Reach the World (reachtheworld.org) that puts young people in their classrooms in direct contact with explorers. We shall also have on board scientists with expertise in the study of ice, climate and related matters, advancing our knowledge of the Antarctic environment.

Donald Lamont, Chairman of the Falklands Maritime Heritage Trust, said: “The name of Shackleton is deeply embedded in the history of the Falkland Islands, the South Atlantic and Antarctica. It is a privilege for the Trust to be able to organise this search for the wreck of the ship that brought his team to the Weddell Sea, provided shelter when they were stuck in the ice, but eventually sank. We hope that bringing this story to new generations will inspire them to explore, to overcome whatever challenges they may face, and to understand more about the Antarctic environment and how important it is even to those of us who live thousands of miles to the North.”

Richard Garriott, President of the Explorers Club, said: “Endurance22 is undoubtedly one of the most significant expeditions undertaken in recent times. Endurance cannot be rivalled as the embodiment of historic polar exploration, and the sheer determination, quest for knowledge, and sacrifice that Shackleton’s most famous expedition is remembered for. It is a hugely exciting project and the deep-sea exploration, educational and scientific objectives at the heart of it have the potential to inform and influence thousands of young people around the world. On behalf of the Explorers Club, I am delighted that one of our Club flags will accompany this prestigious expedition.”

Endurance22’s Director of Exploration, Mensun Bound, said: “Attempting to locate the wreck of Endurance, something long thought impossible and out of reach, is an immensely exciting prospect. Given the harshness of the Antarctic environment, there are no guarantees of success, but we remain inspired by the great Antarctic explorers and embark on Endurance22 with high hopes. With the best possible technology and a world-leading exploration team, we hope and pray that we can achieve a landmark moment in polar history.”

Polar explorer and Expedition Leader, Dr John Shears, said: “We are preparing thoroughly for this amazing Antarctic expedition and will be setting off from Cape Town in early 2022 after two years of careful planning. There is a mood of optimism amongst the Endurance22 team that we can find, survey and film the wreck because we will have a fantastic vessel in SA Agulhas II, an outstanding and experienced crew, and we will be using the cutting-edge technology of the SAAB Sabertooths. There has never been as good an opportunity to locate Endurance. We are excited to be able to share our adventures with young people through our partnership with Reach the World and to talk to students about Endurance, about Shackleton and the heroic age of exploration, and about the fragile and beautiful environment into which we will be venturing.”